Take out some time to enjoy with your family and visit the beautiful and amazing places present in Yellowknife.

The Diavik Diamond Mine

Come and visit halls of great galleries and museums and discover history of Yellowknife and Canada.

Folk on the Rocks Festival 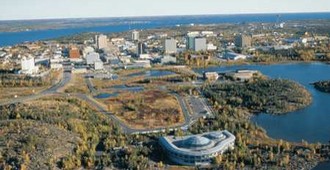 At the event of Raven Mad Daze/Summer Solstice, roads get close to traffic as thousands party in the streets and stay up late with the sun.

Raven Mad Daze/Summer Solstice is celebrated annually and visitors enjoy the activities such as Inuit and Dene singers, drummers, and dancers and Inuit throat singers.

Displays of arts and crafts, music and song writing, workshops and a children's stage are also center of attraction for visitors.