Take out some time to enjoy with your family and visit the beautiful and amazing places present in Saskatoon.

Come and visit halls of great galleries and museums and discover history of Saskatoon and Canada. 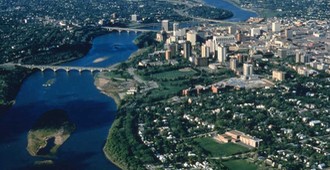 The visitors who have interest in ancient constructions can visit the Marr Residence at 326 11th Street East, Saskatoon. Besides of its old age The Marr Residence is still on its original site.

This two story frame house was used as a military hospital during the North-West Rebellion in 1885. It was one of several homes along 11th Street used as fieldhospitals for victims of the battle. In recent times, a Marr Residence Management Committee was formed to offer programs in the summers.