Take out some time to enjoy with your family and visit the beautiful and amazing places present in Calgary.

Come and visit halls of great galleries and museums and discover history of Calgary and Canada. 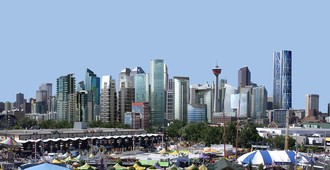 Calgary Tower offers best view of the city including the bustling city of Calgary, the majestic Rocky Mountains, the foothills of cowboy country, and the rolling fields of the prairies.