NEW YORK and TORONTO, Nov. 20, 2020 (GLOBE NEWSWIRE) — Channel Frederator Network, part of WOW! Unlimited Media’s (“WOW!” or the “Corporation”) (TSXV: WOW; OTCQX: WOWMF) leading next generation kids and youth entertainment business, has announced the launch of Cartoon Punch, a new interactive game show that will debut on the Network’s Twitch and YouTube accounts as a six-day charitable event.The show was created by Channel Frederator Network gamers/storytime animators 8 Bit Ultra, Ivan Animated, and GetMadz with a simple goal in mind: provide a new experience to fans in a special, unique and fun way. Cartoon Punch will pit Network animators against one another in artistic challenges made more difficult by obstacles and prompts and hindrances from fans in the audience – i.e. having to draw with your opposite hand while getting pied in the face. “Think Japanese Game Show meets WWE, fighting over Pictionary,” according to the Cartoon Punch Twitter account.Frederator will team up with Space Productions, which previously worked on the Riot Games’ PAX Arena Valorant Invitational and the Super Girl Gamer Pro Series, to bring Cartoon Punch to a wide digital audience. Marley Diazdellvalle, executive producer of Cartoon Punch and talent manager at Frederator, said, “It’s been an absolute joy to work on this show with its founders and after months of work and re-working I can’t wait to present it to people and share it with the world. Cartoon Punch feels like the kickoff to something great and we’re very excited to see what its future will be. I think during this particularly tough year we could all use some cartoon craziness in our lives!”As part of the Network’s stated commitment to empowering its members to use their influence to positively impact the world around them, Frederator will donate 100% of the event’s proceeds to Feeding America. The Channel Frederator Network has recently been working with members to make a point of creating their own good news in a year where it’s been somewhat scarce. A previous interactive digital fundraising event with Frederator member Jaiden Animations raised over $250,000 in a COVID-19 relief effort with #HopefromHome.“Although this year has not been kind, we ask that you please join, engage, and laugh with us. ‘Frederator Loves You’ is our slogan because we’ve fallen in love with all of you that helped us do the things we enjoy doing here. So thank you! Let’s end the year with some smiles,” stated Kenny Ash, VP & GM of the Channel Frederator Network.Cartoon Punch will be live-streamed on the Channel Frederator Network Twitch and YouTube accounts on November 20-21, December 4-5 and December 12-13 at 6 – 8PM EST.About Channel Frederator Network
Channel Frederator Network is the #1 multi-channel network for animators, artists, gamers and ‘nerd’ pop-culture with 3,000 members. Since starting in 2015, the network has amassed over 200 million subscribers on YouTube with over a billion views per month. A key component of the “Frederator Loves You” promise is a dedication to help every member achieve their dreams and express themselves creatively. The network provides affiliate opportunities and sponsorships, tools and platforms to help members succeed on YouTube, opportunities for gaming, animation platform discounts, merch account management, the option to pitch a cartoon to Frederator, and much more.About WOW!
WOW! Unlimited is creating a leading animation-focused entertainment company by producing top-end content and building brands and audiences on the most engaging media platforms. The Company produces animation in its two established studios: Mainframe Studios in Vancouver and Frederator Studios in Los Angeles. The Company’s media offerings include Channel Frederator Network, on YouTube, as well as WOW! branded programming on Crave, Canada’s premier streaming entertainment platform, owned by Bell Media. The common voting shares of the Company and variable voting shares of the Company are listed on the TSX Venture Exchange (TSXV: WOW) and the OTCQX Best Market (OTCQX: WOWMF).Neither TSXV nor its Regulation Services Provider (as that term is defined in the policies of the TSXV) accepts responsibility for the adequacy or accuracy of this release.For further information visit:
Website: www.wowunlimited.coA photo accompanying this announcement is available at https://www.globenewswire.com/NewsRoom/AttachmentNg/37d6f400-ede1-44f1-8cea-f1b652efb765Investor Relations:
Bill Mitoulas
Tel: (416) 479-9547
Email: 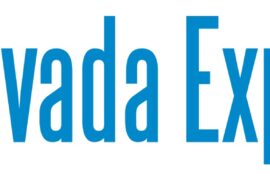 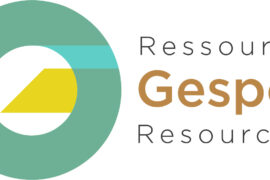 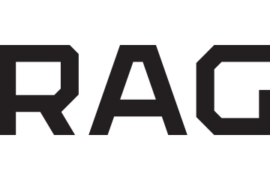 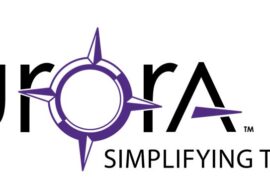