KITCHENER, Ontario, Jan. 15, 2020 (GLOBE NEWSWIRE) — James E. Wagner Cultivation Corporation (“JWC” or the “Corporation”) (TSX: JWCA.V; OTCQX: JWCAF), maintains momentum to open a farm-gate retail store by submitting a Cannabis Retail Operator Licence application to the Alcohol and Gaming Commission of Ontario.
JWC is in the process of fulfilling the provincial legal requirements to begin planning the renovation of its existing location which is adjoining its 345,000 square foot flagship cultivation facility (“JWC2”) located at 530 Manitou Drive in Kitchener, Ontario. As recently announced, the 2,000 square foot outlet is expected to be Waterloo Region’s first retail cannabis store located on a licensed cultivation site.With its unique intersection of family tradition and agri-tech in one of Canada’s fastest-growing technology hubs, JWC will offer locally grown cannabis and cannabis derivative products to the region’s legal-age recreational users. Waterloo Region is home to approximately 600,000 residents and sees over two million annual visitors.“We’re committed to developing our distribution channels both locally and nationally though our farm-gate store and partnership with Kindred.” says Nathan Woodworth, JWC President and CEO. “With the ideal geographical location in the heart of Canada’s Technology Triangle, our strong product shelf, and local talent pool, we’re confident that our strategy will further our competitive advantage.”As JWC scales toward full production capacity as an industry-leading, aeroponically-grown cannabis cultivation company, Kindred Partners Inc. (“Kindred”) is representing JWC in its business relations with Canadian Provincial control boards, licensed distributors, and retailers to broaden its national distributive reach to Canadian recreational markets.Each of JWC’s exclusive strains are grown using the company’s proprietary GrowthSTORM™ aeroponic technology, recognized for producing clean, consistent cannabis at the highest yield per plant and scale. JWC is on track to produce a total of over 35,000 kg of dried cannabis per year once its JWC2 cultivation facility becomes fully operational.About James E. Wagner Cultivation CorporationJames E. Wagner Cultivation Corporation’s wholly owned subsidiary is a Licensed Producer under the Cannabis Regulations, formerly the Access to Cannabis for Medical Purposes Regulations (“ACMPR”). JWC is a premium cannabis brand, focusing on producing clean, consistent cannabis using an advanced and proprietary aeroponic platform named GrowthSTORM™. JWC began as a collective of patients and growers under the Marihuana Medical Access Regulations (the precursor to ACMPR). Since its inception, JWC has remained focused on providing the best possible patient experience. JWC is a family-founded company with deep roots planted in the local community. JWC’s operations are based in Kitchener, Ontario. Learn more at www.jwc.ca.Notice Regarding Forward-Looking StatementsThis press release contains statements including forward-looking information for purposes of applicable securities laws (“forward-looking statements”) about JWC and its business and operations which include statements regarding completion of its renovation plans for its existing location at JWC2, the opening of a farm-gate retail store at JWC’s existing location, JWC’s ability to obtain a Cannabis Retail Operator Licence, the cannabis products to be offered to customers at a farm-gate retail store, JWC’s on-going relationship with Kindred, and projections of JWC’s cannabis production and sales. The forward-looking information contained in this news release are based on the Corporation’s current internal expectations, estimates, projections, assumptions, and beliefs and views of future events which management believes to be reasonable in the circumstances, including expectations and assumptions regarding: general economic conditions, the expected timing and cost of expanding the Corporation’s production capacity, the internal opportunities, the development of new products and product formats, the Corporation’s ability to retain key personnel, the Corporation’s ability to continue investing in its infrastructure to support growth, the impact of competition, trends in the Canadian cannabis industry and changes in laws, rules, and events, performance or results, and will not necessarily be accurate indications as to whether, or the times at which, such events, performance or results will occur or be achieved. The forward-looking statements can be identified by the use of such words as “anticipated”, “will”, “expected”, “approximately”, “may”, “could”, “would” or similar words and phrases. Forward-looking statements involve known and unknown risks, uncertainties and other factors which may cause the actual results to differ materially from those implied in the forward-looking statements. For example, risks include risks regarding the cannabis industry, economic factors, the equity markets generally, funding and grant related risks and risks associated with growth and competition as well as the risks identified in the Corporation’s filings with the Canadian securities regulators, which filings are available at www.sedar.com. Although JWC has attempted to identify important factors that could cause actual actions, events or results to differ materially from those described in forward-looking statements, there may be other factors that cause actions, events or results to differ from those anticipated, estimated or intended. Readers are cautioned not to place undue reliance on these forward-looking statements, which speak only as of the date of this press release and are based on current assumptions which management believes to be reasonable. The Corporation disclaims any intention or obligation, except to the extent required by law, to update or revise any forward-looking statements, whether as a result of new information, future events or otherwise.Neither the TSX Venture Exchange nor its Regulation Services Provider (as that term is defined in the policies of the TSX Venture Exchange) accepts responsibility for the adequacy or accuracy of this release.Company Contact
Nathan Woodworth, President & CEO of JWC
(519) 594-0144 x 421
nathan@jwc.ca Investor Relations
Jonathan Leuchs
CMA
(949) 432-7758
JWCA@cma.team
Canadian Newsmakers – Breaking Canadian News, Updated Every 5 Minutes CanadaPages.com 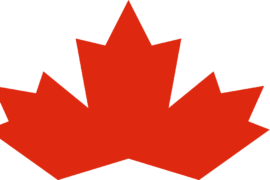 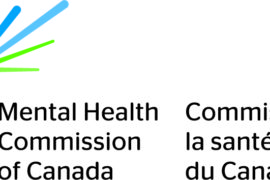 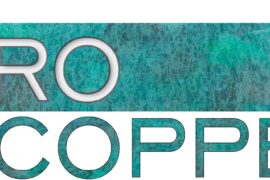