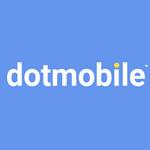 “The CRTC decision misinterprets Canada’s wireless policy. Industry analysts, telecom experts, competitive regional providers and even the dominant carriers all recognise that this decision will not have any meaningful, immediate or nation-wide effect on the wireless market,” said Algis Akstinas, CEO of Data on Tap Inc. “It is not addressing the pain points that kicked off the Review of Mobile Wireless Services and were validated by the Commission and Competition Bureau Canada during the proceeding.”

When the CRTC issued the notice of consultation in 2019, two days after being issued a new policy direction, they presumed that a mandated MVNO framework would be required to meet the policy direction: “[I]t is the Commission’s preliminary view that it would be appropriate to mandate that the national wireless carriers provide wholesale MVNO access as an outcome of this proceeding. The Commission considers that, on balance, it is likely that the benefits that a well-developed MVNO market would deliver to Canadians are now more likely to outweigh any negative impacts that a policy of mandated wholesale MVNO access might have on wireless carriers’ network investments[.]”

Despite this and mounting evidence of market power and coordination, the CRTC decided to mandate temporary access to dominant networks for existing wireless carriers, but only where they already have unused spectrum licenses. The decision was announced shortly after the deadline for participating in the next spectrum auction had passed.

The CRTC issued this decision on their Review of Mobile Wireless Services on April 15th, 2021. This ruling will define the Canadian national wireless market, similar to home internet regulations, for the next 5-10 years.

“Fixed or wireless. Rural or urban. The need for better, more affordable connectivity exists across Canada. This decision was made to benefit a handful of Canadian families instead of all Canadians, no matter who they are or where they live,” said Alex Bauman, CXO of Data on Tap Inc.

In the petition, Data On Tap proposes that wholesale access to national Radio-Access Networks (RAN) be made available to the CRTC registered Full MVNOs, removing all spectrum requirements and RAN facilities requirements. The company also proposes maximum wholesale rates for talk, text, and data in order for Full MVNOs to offer the mandated affordable and occasional use plans.

Data On Tap believes the evidence presented during the Review of Mobile Wireless Services shows that mandating a wholesale framework for the Full MVNO model delivers the greatest impact on service innovation and differentiated pricing, while preserving the investments into expansions of networks.

“The interpretation that telecom investment is predominantly in building cell towers is outdated, an idea from 2006 before hyperscalers like AWS and GCP existed and Netflix was still mailing DVDs. The industry is consolidating or sharing radio access networks. Ignoring this industry trend and the opportunity for innovation is a typical telecom mistake, a la Nortel or BlackBerry,” says Alex Bauman, CXO of Data On Tap Inc.

“The impending market consolidation between Shaw and Rogers, a big change that is not factored into the CRTC decision, is proof that meaningful and sustainable competition is not possible without a mandated wholesale framework and much lower barriers of entry. The Canadian government needs to remedy this policy and send a message about fair equitable access to the essential national network infrastructure that all Canadians contribute to each and every month,” said Algis Akstinas, CEO of Data on Top Inc.

Data On Tap Inc. has been approved as Canada’s first Full Mobile Virtual Network Operator (Full MVNO) by The Canadian Radio-television and Telecommunications Commission (CRTC). A Full MVNO operates essentially the same technology as a mobile network operator, but without owning the radio access network (ie. cell towers). Instead, the core network connects to one or more existing radio access networks, similar to a mobile network operator sharing or roaming on another operator’s network.

Earlier this year the company encouraged the Competition Bureau to re-evaluate its support for facilities-based competition as part of its assessment of impending Rogers acquisition of Shaw.

About Data On Tap Inc.

Data on Tap Inc. is building dotmobile™, a smart tiny telecom with a simple goal – to make wireless more affordable and awesome for youth, seniors, students, new Canadians, visitors to the country, small businesses, and families that want to save.

Data On Tap™, dotmobile™, dot.™ and the dotmobile logo are trademarks of Data On Tap Inc.